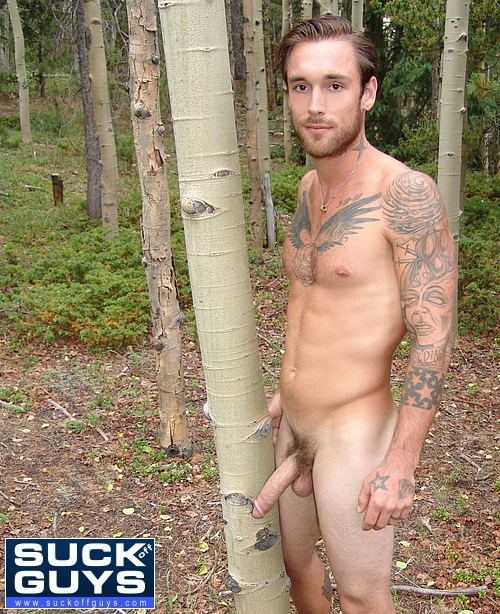 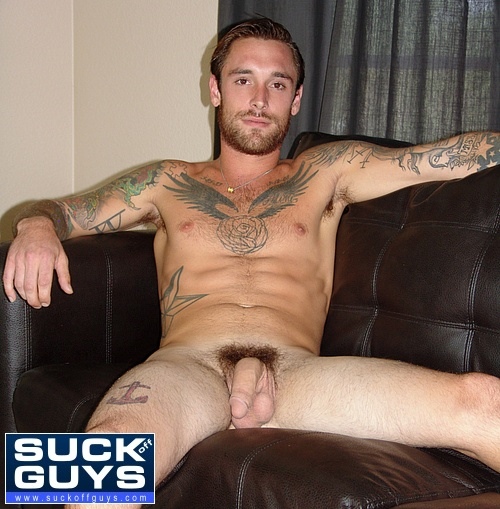 Ethan Ever has long been a member favorite. So it’s no surprise that Aaron and Seth were ecstatic when they got a phone call from Ethan saying that he was coming to town, and really wanted to spend some time with them. Who would say no to a visit from Ethan Ever?

It’s day one, and after Ethan arrived and was settled in, the guys went on a short hike. Aaron thought it was a good idea to joke around with Ethan a bit before his first shoot in 3 years.

The guys have him take off his clothes and show off his entire body, complete with new tats! Ethan really likes to be naked in his off-camera life, so Aaron had him strip and do some naked exploring; this lets you see his hot body in motion! Aaron couldn’t resist showing everyone how easy it is to get Ethan hard. He takes a hold of Ethan’s dick and within seconds, he’s hard, and well, um, huge!

Ethan sits on the sofa and quickly gets himself hard by stroking his massive meat. Seth eagerly moves in and begins sucking on his dick. Seth takes his time licking every inch of Ethan’s package. Moving to his knees, Ethan’s cock was getting worked over by Seth.

The guys had a great time and it was just the first day!

Please stay tuned for the next installment of Ethan’s Surprise Visit.