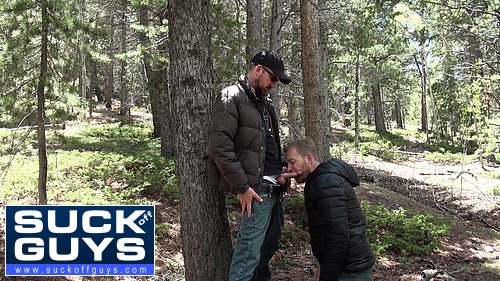 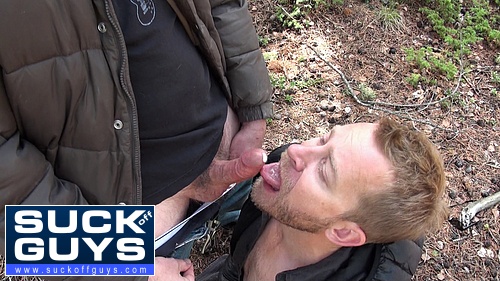 Seth and Aaron went on a Spring hike the other day to look for wildlife. So they put on their puffy coats and hit the trail. They ended up at an old campsite and decided to get wild.

Once they were all settled in Aaron opens Seth’s pants and begins sucking. Aaron loves to have a hard dick in his mouth and Seth loves to have his cock sucked.

Seth’s balls were so tight and ready to blow as Aaron worked on his dick. Seth jams his dick down Aaron’s throat then squeezes more pre-cum for Aaron to eat up. 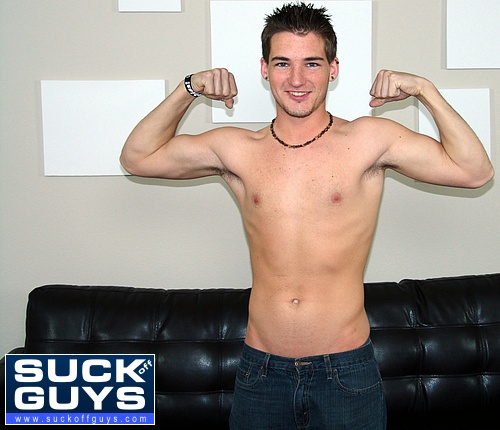 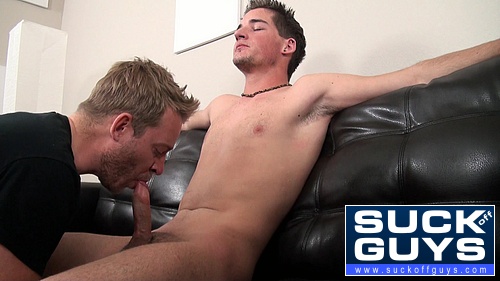 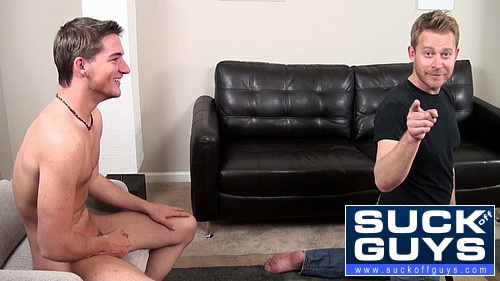 Never in a million years did 21 year old, straight, David Sparks think he’d get a blow job from another dude.

Well, not only did he get his cock sucked, he even got to stick his dick in Aaron French’s ass.

He can now say that he’s received a BJ and also fucked a guy in the ass. We think every straight guy should have man-on-man sex at least once. Don’t you?

David’s expressions are priceless as he can hardly believe what is happening to him.

From the time Aaron, the skilled bearded cock sucker, placed his mouth on David’s dick, to when David shoved his fuck stick up Aaron’s man hole, was was in pure amazement.

Check out this really good looking young straight dude get a gay blow job and fuck a guy up the ass for the very first time, only at SUCKoffGUYS.com